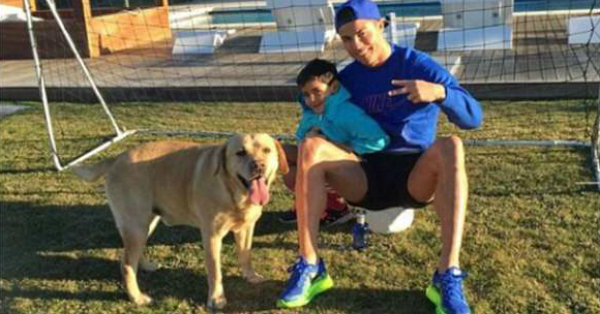 The Ballon d’Or winner has been spending more time with his young son after breaking up with girlfriend Irina Shayk
last month.

After the Real Madrid win over Elche and scoring goals in the last two games, Cristiano Ronaldo plays football with his son and post pictures on Instagram.

World Player of the Year posted picture with his young son online. 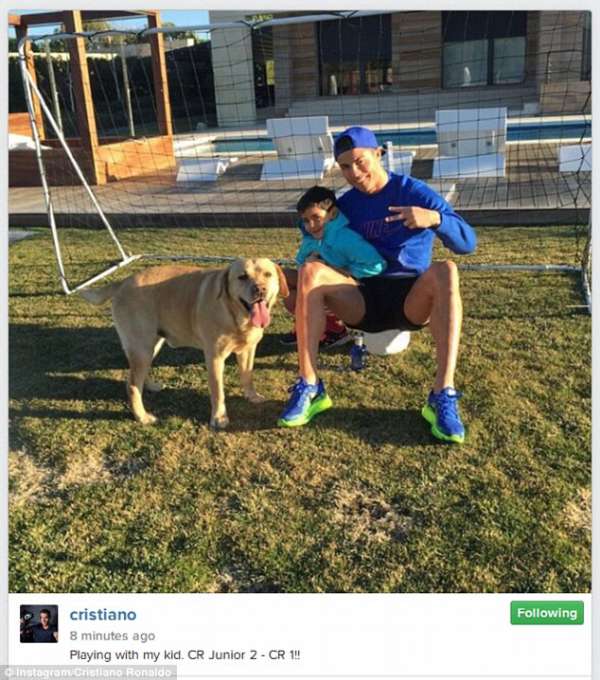 Despite of being the best player in the world it seems there are some battles Cristiano Ronaldo can’t win.

After scoring his 40th goal of the season to keep Real Madrid top of La Liga on Sunday evening, the Portuguese star took on another fearsome opponent, in the shape of his son, Cristiano Jr.

Cristiano Jr. may become anthor Ronaldo. After scoring 40 the goal of the season and keeping Real Madrid top of La Liga, the Real Madrid star took on another fearsome opponent, in the shape of his son.

The back-garden football didn’t turn out good for Cristiano Ronaldo, losing two goals to one with his son.

The Real Madrid forward posted a picture to Instagram with Cristiano Jr and his dog and the caption ‘Playing with my kid. CR Junior 2 – CR 1!!’

The split with Irina Shayk has some effects on Cristiano Ronaldo because of red card and three scoreless games, but these effects are now fading away as his form suggests scoring goals in his last two outings.

Keep visiting ronaldocr7.com for latest and interesting on Ronaldo.