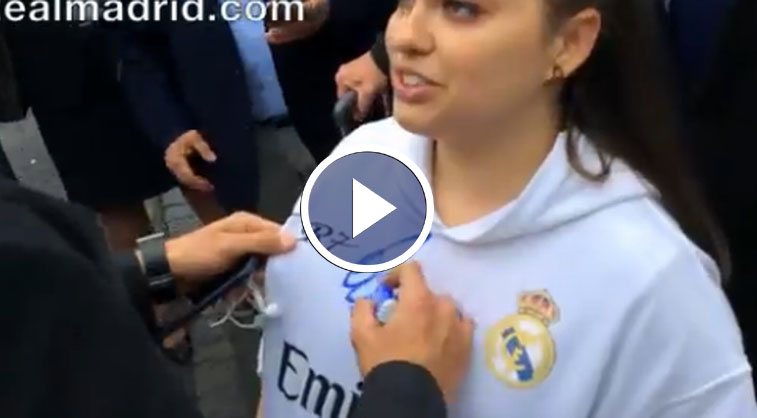 The World Player of the Year was in generous mood as he penned his autograph on a female fan’s shirt before she broke into tears of joy.

Cristiano Ronaldo made this female fan burst into tears of joy – by signing his name on her chest.

The Portuguese forward is in Turin with his Real Madrid teammates ahead of their clash with Juventus on Tuesday night.

Cristiano Ronaldo was approached by a hysterical female fan as the players made their way to the team coach after arriving in Italy.

The woman mobbed Cristiano Ronaldo, shoving a pen in his hand for him to sign her shirt. Being the true gentleman he is, he duly obliged.

Clearly overwhelmed by the occasion, the supporter proceeded to break down in tears of joy at meeting her hero.

Ronaldo goes into the Champions League clash with Juve in blistering form having netted a hat-trick in Los Blancos’ 3-2 win over Sevilla on Saturday night.