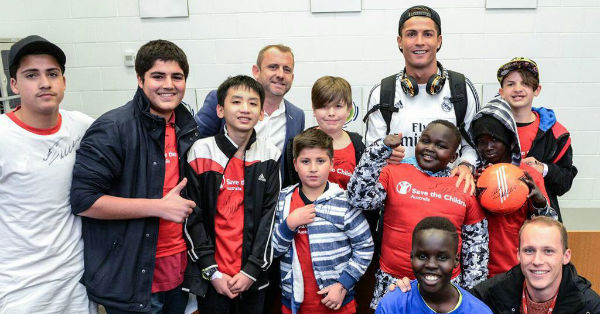 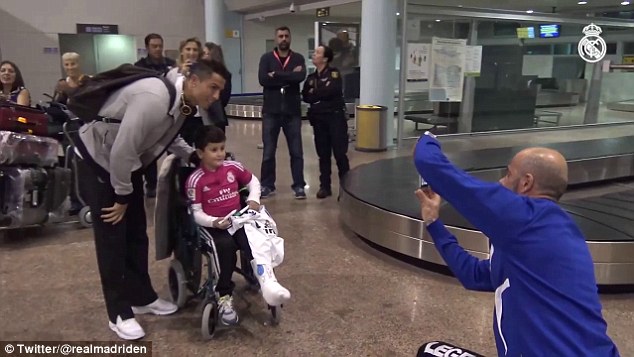 Real Madrid superstar Cristiano Ronaldo gave a glimpse of his moral side by taking time to please a young fan after his side touched down at Vigo airport.

Rafa Benitez’s side, who have only conceded two goals in the first 11 games, reached for a top-of-the-table clash with Celta Vigo on Saturday – having returned from a midweek goalless draw with Paris St Germain in the Champions League.

On arrival, the players were received by a throng of enthusiastic fans when, without prompting, Ronaldo broke from the crowd to pose for a picture with a young boy in a wheelchair and sign his shirt – drawing a small applause from witnesses. There was also time for a prompt selfie with a steward before creating an uproar from waiting supporters on his way to the Real Madrid team bus.

This is not the first time Ronaldo displayed his compassionate side.

In the blazing hot atmosphere of the Santiago Bernabeu prior to Wednesday night’s second-leg Champions League quarter-final, when every minute counted for preparation, there was still a spot for Ronaldo to exhibit a small but genial act of kindness.

As the former Manchester United forward trained focusing on long-range attempts, one effort flew wide of the target, rocketing into the crowd, striking a juvenile supporter sitting in the front row.

Ronaldo was being filmed at the time and he was clearly seen wincing when he saw the effect his off-target shot had caused.

The Real Madrid player went ahead with his warm-up, but when the team started heading back to the Bernabeu changing rooms, Ronaldo dashed off to make up with the teary-eyed kid.

In a classy and heartfelt gesture, Ronaldo offered the young fan the warm-up garment as a consolation for being hit by the venomous shot.

It is always amazing to see players interacting with their fans on such a personal level. Fans spend handsome fortune to see their sport heroes and when an athlete acknowledges their existence it is really momentous for them. Ronaldo definitely earned a pat on the back for for such gestures in both scenarios.