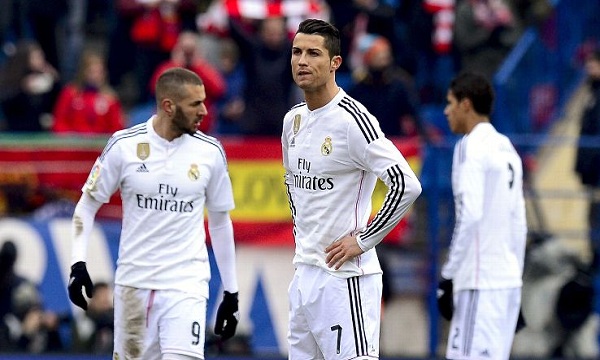 Cristiano Ronaldo not to feature in Audi Cup 2015

Cristiano Ronaldo has been left out of the Real Madrid squad for the Audi Cup 2015 being held in Germany. The decision has been taken in order to protect the player from possible injury because Cristiano Ronaldo was already reported to have been suffering lower back pain in a recent training session.

On the other hand Ronaldo’s attack partner Karim Benzima is also not included in the squad. The player complained of overuse of right thigh and thus is rested for the tournament. Both Ronaldo and Benzima suffered the problems in the same training session. Real Madrid has geared up its preparations for the upcoming La Liga season and training sessions are in the full swing now. Real Madrid will begin their league campaign on 23 August.

Real Madrid is competing in the Audi Cup 2015 which is being held in Germany. The team is going to face Tottenham hotspur on Tuesday at the famous Allianz Arena. The winner of the match will play either against the hosts Bayren Munich or AC Milan. The tournament provides a great environment for the preseason preparation and is guaranteed to provide the fans with top level competitive action with top European teams. Real Madrid fans would be a bit disappointed with Cristiano Ronaldo and Karim Benzema not being in the squad. However, the team still has a great chance of winning the tournament with superstars like Gareth Bale, James Rodriguez and Tony Kroos in the lineup.