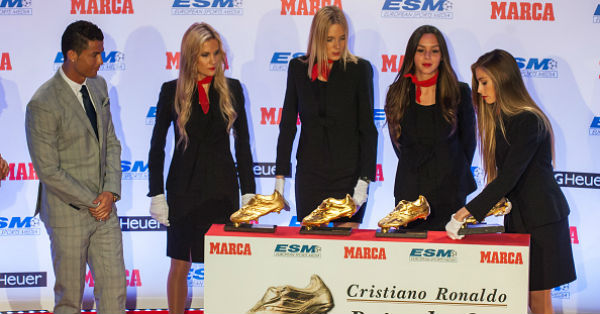 After claiming the golden shoe on Tuesday, Cristiano Ronaldo has already set his sights on winning the next one while naming the potential challengers. 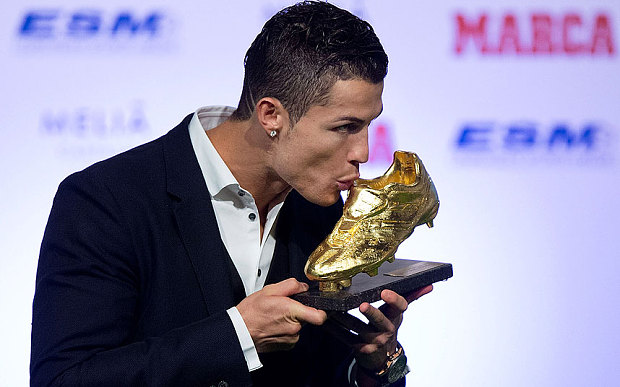 Cristiano Ronaldo reveled his main challengers to Madrid based Marca;

” There is Neymar, Robert Lewandowski, Wayne Rooney, Luis Suarez, Sergio Aguero and Lionel Messi. I think there are numbers of World-class players out there.

“I am very happy to win golden shoe for the fourth time, and I would like to win it every year, although we will see what happens on the turn of the year.”

So far, Robert Lewandowski is the top goal-scorer from from all the domestic leagues of the Europe with 12 goals in the Bundesliga, who can possess real challenge to the Ronaldo’s quest for another golden shoe award.  The Poland International is in the form of his life and has become focal point to Bayern’s dynamic display. While Aguero scored five against Newcastle,after difficult start of the season. With  Cristiano Ronaldo main rival Lionel Messi is out-injured both Suarez and Neymar has to share the goal-scoring burden at Barcelona. 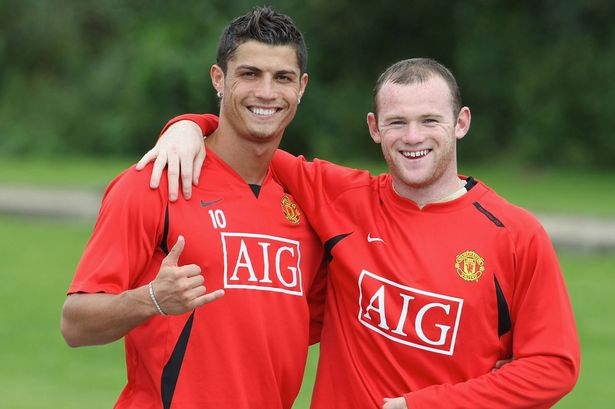 Ronaldo also named England Striker Wayne Rooney as the front runner for Golden shoe, who is struggling in-front of goal and needs massive improvement on his current form in order to match Cristiano Ronaldo’s predication.