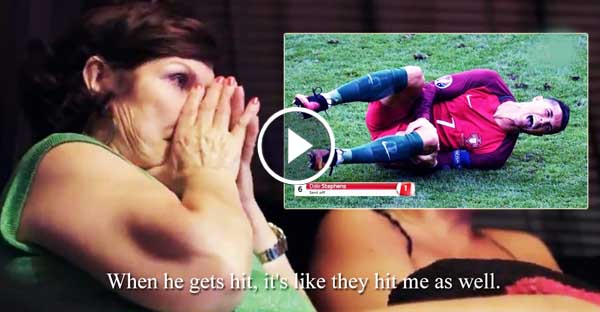 A child remains a child to his mother throughout his life. If doesn’t matter who you are, your mother will always be protective of you – even if you’re Cristiano Ronaldo, the 32-year old soccer player who rules the world with his football skills and is one of the most coveted men on earth. A mother is always happy about his child’s success, and at the same time, seems more pained than the person himself when he is hurt. Here’s Cristiano Ronaldo mother’s reaction when Ronaldo gets injured: take a look!

Perhaps the first and the greatest support that Ronaldo has received in his life is from his mother. As a child, he did not have the privilege of financial backing. Even his father was not around to support. The only person who was by his side was his mother. While he struggled at school and wanted to do nothing but play football, his mother never left his side. Perhaps it is her maternal instinct, or maybe it is just her struggle to bring Ronaldo up that has made her extra-protective of her son. Either way, it seems that Ronaldo’s every injury leaves her mother extremely nervous, even when he is a fully grown adult. Take a look!