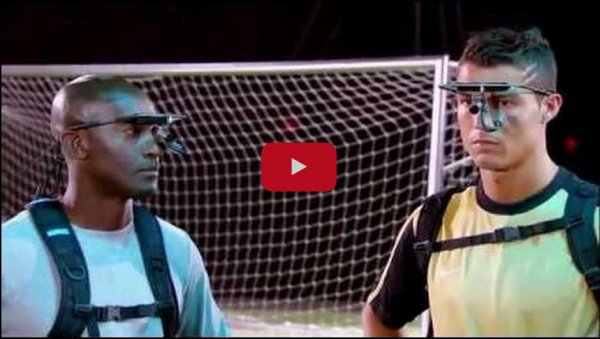 For the first time Cristiano Ronaldo is being put under the micro-scope. Sports Scientist test his valuable parts to know that makes him the world’s most valuable football player.

Last time we show you the test of his Body Strength in which he was tested to his limits.The next test was the difficult of all or you can say the father of all tests: His mental strength. How much Cristiano Ronaldo’s success depends of what his mind is doing on the pitch.

You may also like: Cristiano Ronaldo Body Strength Tested to the Limit with “Smart-Speed”

He has a bit of arrogance but believe that he is the no 1. Deeply inside himself he knows that if he want it he can pass anybody.

Cristiano Ronaldo Mental Strenght: The secret to his ultimate success revealed in this video….

This is getting interesting. Isn’t it? Lets see what are the results of his remaining two tests. Keep visiting ronaldocr7.com. We will soon reveal what are his techniques and skills contributing in his being the world’s no.1 player.