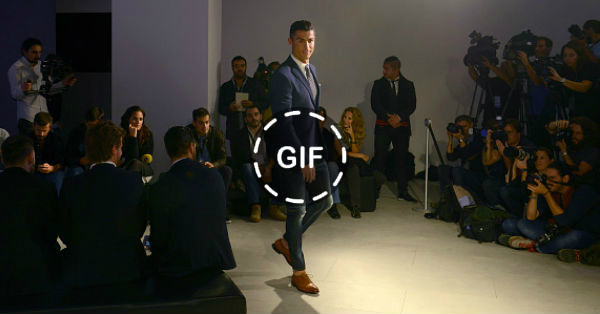 Portugal superstar Cristiano Ronaldo flaunted footwork again,only this was not where there was a football to be toyed with.The glamorous soccer star made his catwalk debut in a fashion show on October 5, 2015.

Ronaldo was launching the Autum/Winter FW15 collection of his CR7 Footwear brand.The launch venue was his home country of Portugal, where CR7 Footwear is crafted.Ronaldo, who has won three Ballon d’Or titles, admitted after the event that he felt slightly out of his wit when he took to the catwalk accompanied by a group of male models. “I was a little nervous at first!” he was heard confessing after the show. “It was a totally new experience for me, but it was a lot of fun!” 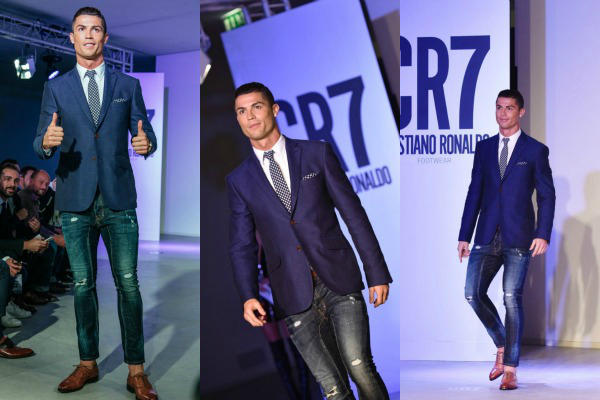 Already a sports icon, entrepreneur and popular model, this is yet another feather added to the  30-year-old champ’s  cap.The Portuguese star unveiled his new range at the exclusive event,showcasing some of his favourite pairs amid the collection and officially launched a gallery installation specializing in his CR7 Footwear AW15 styles as art pieces.”With CR7 Footwear, it is all about style so I wanted to create a fashion presentation that really focused on the collection itself,” he exclaimed. “The fashion show demonstrated how you can wear each different style and the art display really showcased each piece beautifully. The International Arts Centre features the work of some of the world’s most important artists, so it’s fantastic to have presented our collection here today.” 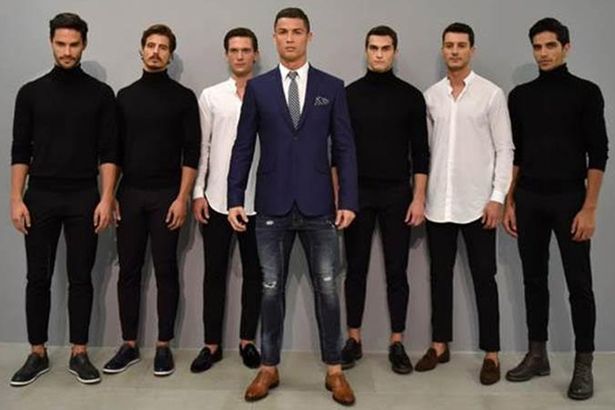 Cristiano is no amateur in the glamorous world of modelling,but this is indeed another milestone in his incredibly successful career.