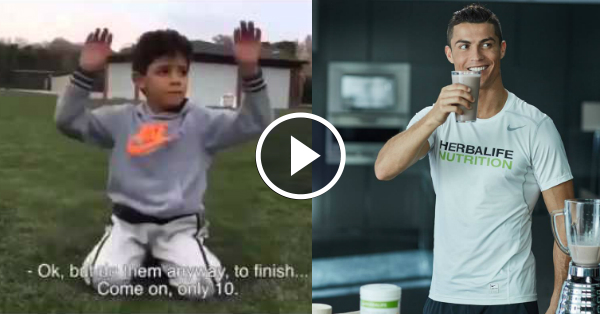 Cristiano Ronaldo jr is on his way to becoming a great athlete. And why not? He is the son of a living legend after all. So, how do we know that the little boy will someday make his father proud by becoming his rightful successor? Well, for one, he has football in his DNA. He has been growing up with soccer in the environment. He not only gets to watch his own father play and train to be a great player, but he also gets to be in touch with some of the greatest players who play with Cristiano Ronaldo.

But, that’s not all. The main reason why we can say, with surety, that Jr. will someday make it to the top in the field, is that we have witnessed it.It’s the age of internet, and everything a star – or a star kid – does, goes viral, and the world of internet has several such clips that clearly show what an athletic boy he is. He has been seen playing with Marcelo after Real Madrid’s recent success with Real Madrid. We have seen him play impressively on the beach. Yes, Ronaldo jr. has impressed us several times, at this tiny age.

And, here we have something that shows the boy in another athletic scene – where Cristiano Ronaldo does pushups! This exercise may look easy when we see superstars or gym trainers perform it, but only someone who does it for the first time knows how difficult it is. Is Ronaldo’s little boy able to perform the exercise? Or does he fail? Take a look at Cristiano Ronaldo’s little boy, a star in the making, try his hand at doing pushups, and find out how well he does it!