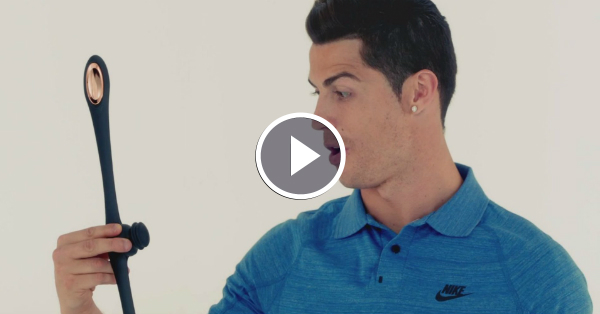 One may question Ronaldo’s form, and ask if he is better than Messi or not. but, there’s absolutely no question about the fact that he is one of the most handsome men in the world of sports. His chiselled form makes him an example f perfection! That is why, he is the face of some of the biggest brands in the world. And, here’s a crazy Japanese ad featuring CR7 about Cristiano Ronaldo facial fitness!

Have you ever wondered how to look like Cristiano Ronaldo? How to have the perfect jawline and godlike cheekbones? According to this Japanese commercial, all you need is this odd contraption to put in your mouth and nod your head vigorously! Far-fetched as that sounds, Ronaldo himself appears to use the product in the advertisement! Along with him, there are many other people in this ad who are emulating the same exercise! 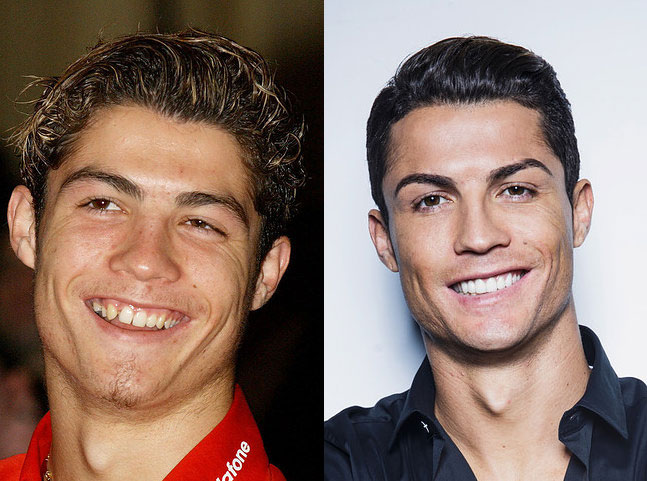 We know that Ronaldo has undergone a massive change in his looks. Anyone who looks at the picture of Ronaldo from his days in the Sporting Lisbon, and compares it with how he looks today, the person will feel like they are pictures of two completely different people. Ronaldo’s scientifically designed diet and rigorous exercise regime have led to his physical transformation. Of course, what exercises he resorts to for such amazing fitness is a mystery to people. So, this ad will definitely have people beelining for the product. The question is, is this for real? We can’t guarantee that, but one thing is for sure: this is definitely one of the weirdest ads to feature CR7!