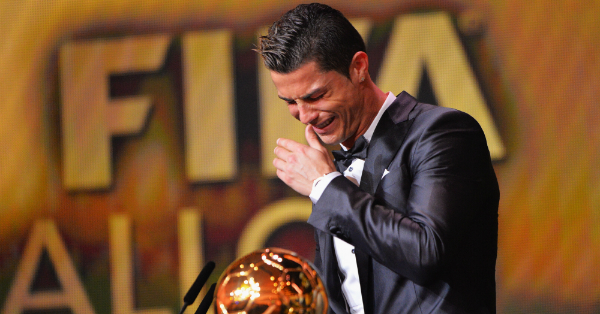 Cristiano Ronaldo the world’s best footballer has many achievements and awards. He has raised his standards so high that any time he loses a game or penalty he feels a bit low and if the same penalty, free-kick or goal opportunity is crucial for the team, it brings tears in eyes. And there have been many events which brought tears in his eyes. The Obsession for Perfection flows through his life. And due to the same obsession we see Cristiano Ronlado in tears.

But there are events when you feel happy of some achievement you accomplished or goals you achieved, There are also feeling of joy and tear of happiness flows through your eyes. Like Cristiano Ronaldo won Ballon d’Or in 2013.

On the other hand Cristiano Ronaldo has also some events that brings tears, but this time the tear are not of regrets or unhappiness but these are the tears of the joy of winning.

We have shared such events from Cristiano Ronaldo life here.

Defeat against Greece In Euro 2004 Finals

The Euro Cup 2004 Finals was memorable when teenage tears and dreams demolished, when Cristiano Ronaldo and Portugal were lost at the hands of Greece. The host nation’s story ended with the tears from Cristiano Ronaldo.

Looking lost and alone in the centre of the pitch, he is oblivious to the consolatory words and gestures from his team-mates, crying at the sadness of it all. And crying over missed chances; like in the 59th minute, when Antonios Nikopolidis thwarted his chance; or in the 74th, when he had acres of space in front of goal but he sent his shot over the bar, the ‘Ahhh!’ from the crowd audible on the pitch. He is crying because he never could have imagined losing to Greece. 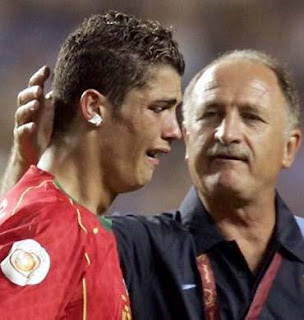 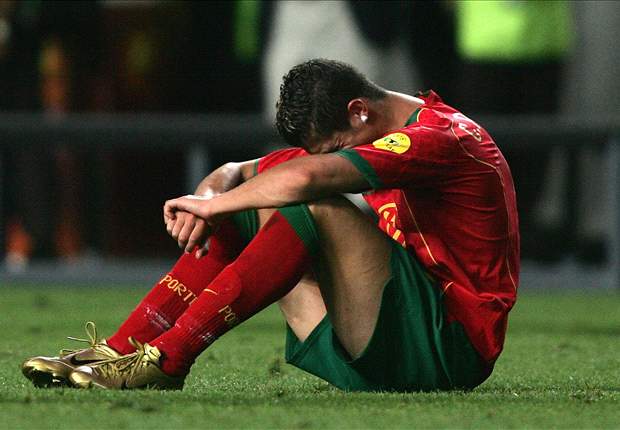 Ballon d’Or 2013 was great. Competing against lionel Messi is not easy when he is in the prime form. Ronaldo competition was with his fearse rival Lionel Messi. Lionel Messi was the right player to win but when the name was called it was Cristiano Ronaldo. The great moment was arrived, he had won the best award in football and the most happiness was because he have won it against the rival footballer. It was the moment when Cristiano Ronaldo cried on the stage holding the award.

Place Zurich, Switzerland, year 2014, event: Ballon d’Or 2013. The stakes were very high as two great footballers of 20th century were competing for the same spot: The Ballon d’Or. Lionel Messi performance in the season was at the top and Cristiano Ronaldo was also holding high hopes for the award. And than the name was called. It was non-other than Cristiano Ronaldo.

He could not hide how much winning meant to him, saying: “There are no words to describe this moment,” as he cried while his three-year-old son, also named Cristiano, stood at his feet.

“People who know me know how many people helped me,” he said in Portuguese. “If I have forgotten anyone, I do apologize because I am deeply moved.” 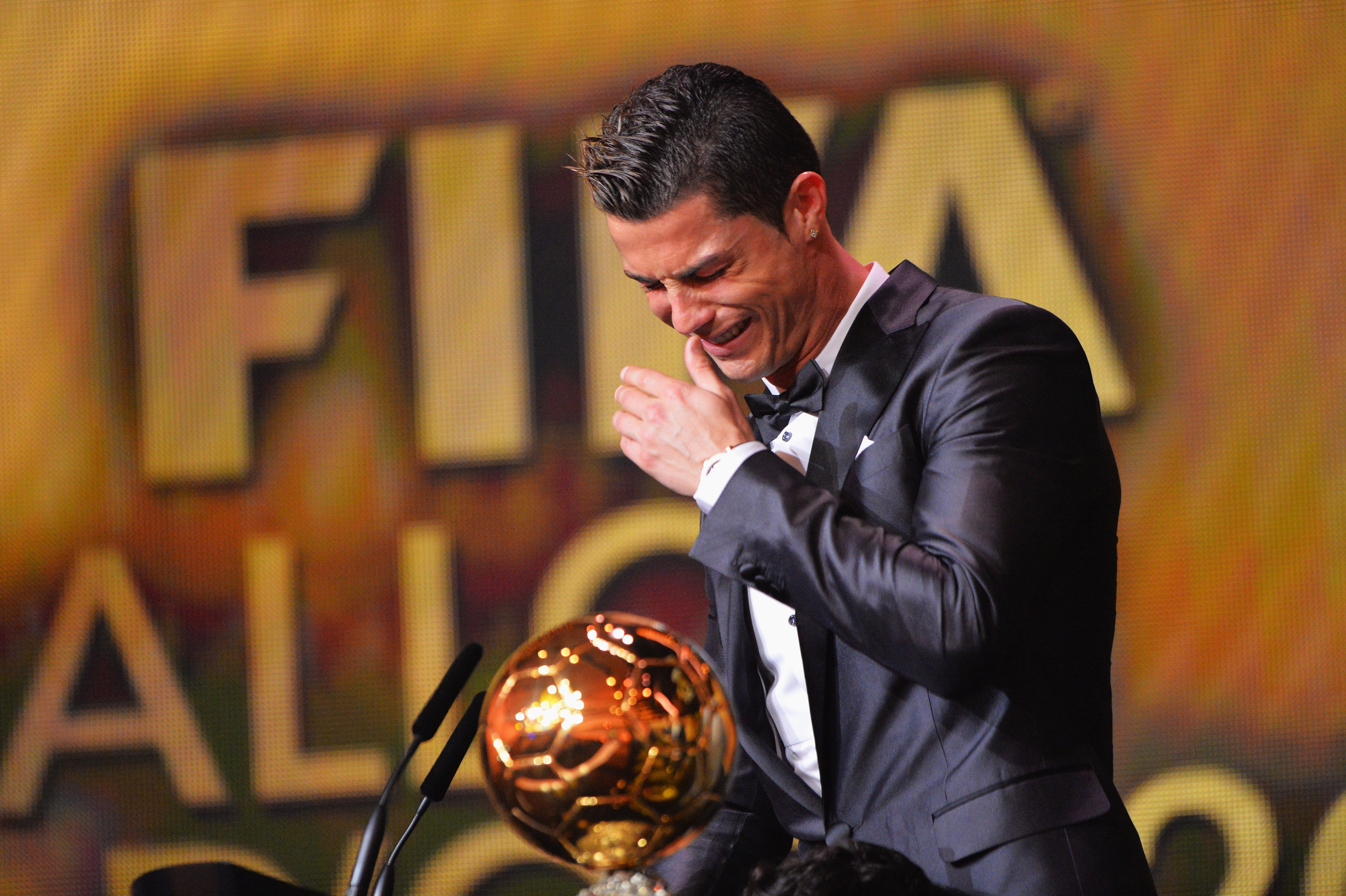 The 2008 UEFA Champions League Final was historical: It was an all-English club final for the first time in the history of the competition. A special event do bring tear in your eyes.

Manchester United won the match 6–5 on penalties, after a 1–1 draw following extra time. Cristiano Ronaldo opened the scoring for Manchester United in the 26th minute with a header from a cross by Wes-Brown.

You can see from the pictures how happy he was on winning the Champions League.