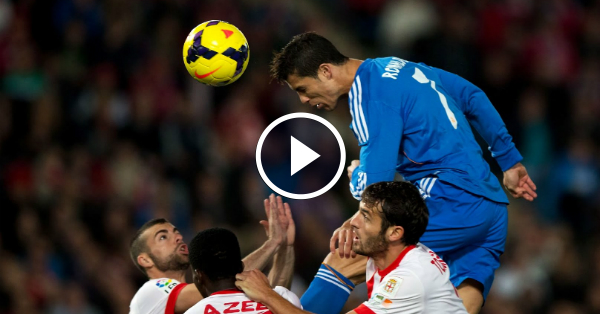 Cristiano Ronaldo we all know is a master of free kicks and headers as well. He is one of the best header attacker football player in the world. It is really difficult for every goalkeeper to stop a header shot by Cristiano Ronaldo. He has defeated best goalkeepers of the world.

Ronaldo is well known for his best shots, he is really a master and good enough in his skills and his techniques. No doubt he is the best and wonderful football player of the era. After viewing the above video there is no need to explain that how much he is good in his techniques and skills. It is impossible to stop his free kicks and headers.