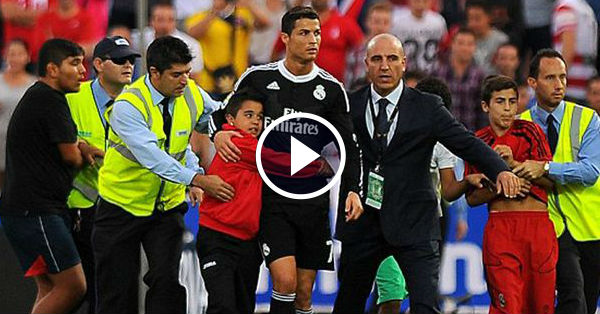 CR7 and his compassionate side,gives jersey to an injured fan 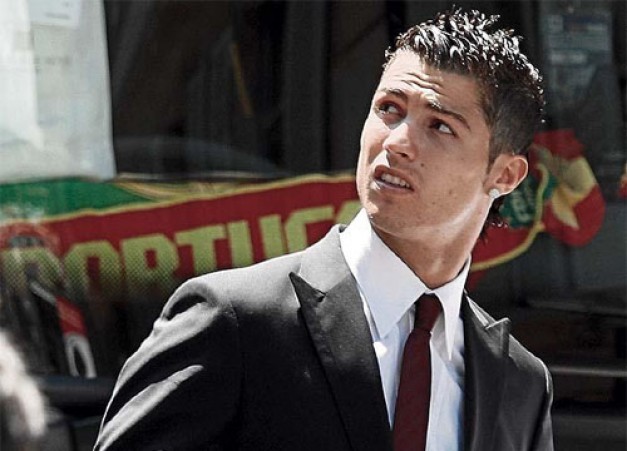 The Madrid star has devoted hours on the training field to mastering the art  of set-piece,almost bordering on the epitome of perfection, but even the best in the business sometimes get it erroneous.

In the blazing hot atmosphere of the Santiago Bernabeu prior to Wednesday night’s second-leg Champions League quarter-final, when every minute counted for preparation, there was still a spot for Ronaldo to exhibit a small but genial act of kindness.

As the former Manchester United forward trained focusing on long-range attempts, one effort flew wide of the target, rocketing into the crowd, striking a juvenile supporter sitting in the front row.

Ronaldo was being filmed at the time and he was clearly seen wincing when he saw the effect his off-target shot had caused.

The Real Madrid player went ahead with his warm-up, but when the team started heading back to the Bernabeu changing rooms, Ronaldo dashed off to make up with the teary-eyed kid.

In a classy and heartfelt gesture, Ronaldo offered the young fan the warm-up garment as a consolation for being hit by the venomous shot.

Unsurprisingly enough, the young Madridista was star-struck by this warm deed addressed to hi,, becoming teary-eyed at the unexpected yet emotional turn of events. Watch the video below:

Despite being one of the best players on the planet, this is not the first time Ronaldo has given his jersey away. In a 2011 game against Getafe a rogue kick by Ronaldo hit a fan in the face and the impact broke his nose. He took off his jersey mid-game and walked to the sideline to deliver the game-worn shirt personally. however, once he reached his the sideline, Ronaldo was handed a non-game worn jersey and was asked to give the wounded man that one. A shirtless Ronaldo then paused for a kodak moment with the fan and then the game was on.

It is always amazing to see players interacting with their fans in such a personal way. Fans spend handsome fortune to see their sport heroes and when an athlete acknowledges their existence it is really momentous for them. Ronaldo definitely earned a pat on the back for for such gestures in both scenarios. Kudos for CR7 and his compassionate side.