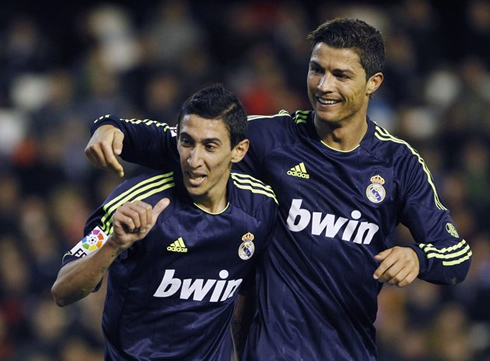 Cristiano Ronaldo and Lionel Messi should have their own Ballon d’Or, says Angel Di Maria

The last player,outside the pair, to claim the accolade was Kaka, when he won it in 2007 after inspiring AC Milan to Champions League success

Angel Di Maria has humoured that there should be two Ballon d’Or awards, so that players other than Cristiano Ronaldo and Messi could have a chance of winning one.

As one of the only players in world football to have played with both players on a regular basis, Di Maria is consistently asked to compare the two, and he says he never gets bored of doing so. “No (I don’t tire of comparing them), because I always say the same thing: that they’re two completely different players,” Di Maria told FIFA’s official website.

“Leo features in every game, making short bursts and nonchalantly dribbling past one, two or three players with great ball control in tight spaces. “If I were FIFA, I’d have two Ballon d’Or prizes, one for that pair to fight over, and another for everyone else.”